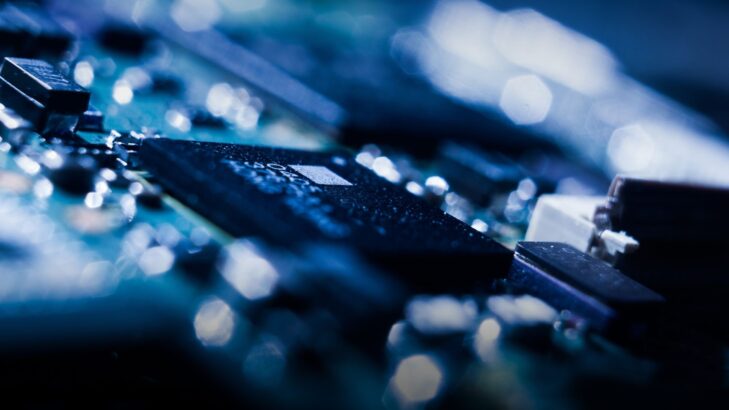 Let’s get started with the list of the Top 10 Latest 8051 Microcontroller Project Ideas for Electronics Engineering Students for Minor & Major Project Submissions.

8051 is one of the first and most popular microcontrollers also known as MCS-51. It was introduced by Intel in the year 1981.

It is an 8-bit microcontroller. It was dubbed a “system on a chip” since it had 40 DIP pins, 128 bytes of RAM, 4K bytes of on-chip ROM, two timers, one serial port, and four 8-bit wide ports all on a single chip.

It is used in a wide variety of embedded systems like robotics, remote controls, the automotive industry, telecom applications, power tools, etc.

Robots are typically operated using joysticks and buttons on the remote control. These remotes aren’t always easy to operate, and they put a strain on your fingers after a long period of use. As a result, we take a motion-controlled method in this case.

In the transmitter part, we utilize an atmega-based microcontroller circuitry to broadcast the motion commands sent by the accelerometer sensor over rf to the receiver unit.

The reception unit is equipped with rf receivers to receive transmissions from both transmission units at the same time. The acquired data is then converted to motion commands using a microcontroller from the 8051 families.

These motion commands control the vehicle and the pick and place the arm in tandem to provide total robot movement without the need to click any buttons.

This method automates the attendance procedure by using RFID cards to check attendance and inform parents. We use RID tagging cards to show user Id cards in this system.

When a card is scanned, the system sends a signal to the microcontroller with the card’s ID. When the microcontroller receives the signal, it displays the event’s status on the LCD. It detects the card and validates the contact number entered for that particular card if it is one of the cards already enrolled in the system.

It then sends a text message to their phone number informing them of the card scan. To send an SMS message to a specific number, the microcontroller uses a GSM modem.

This system is primarily intended for LED street lights that have automatic intensity control. Solar energy is used in the form of photovoltaic cells to accomplish this.

Charge controllers are used to controlling charging. During peak hours, the intensity of street lights must be kept high. Because traffic on the roadways tends to drop gradually in the late hours of the night, the intensity can be gradually reduced until dawn to save energy.

As a result, the street lights automatically turn on at dusk and turn out in the morning. Every day, the process is repeated. Because HID lamps for urban street lighting work on the concept of gas discharge, the intensity cannot be controlled by any voltage reduction approach because the discharge channel is broken.

The project is a home automation system that utilizes a DTMF link to operate household appliances remotely. It overcomes the constraints of traditional wall switches, which must be activated by physically approaching them and pressing the button.

The system employs DTMF, which allows users to operate home appliances by dialing the appropriate number for each load. It can be controlled from a home phone or by dialing the home number from a phone outside the house.

The system employs DTMF technology, which takes commands from the phone and generates a digital output that instructs the relay driver to turn on or off the load appliances. We employ a De-Multiplexer, a flip flop IC, and a DTMF Decoder in this system.

This DTMF technology eliminates the need for a microcontroller by allowing the user to transmit orders to operate the appliances using a mobile phone. To utilize this system, the user must make a phone call to the system’s associated mobile phone.

The user can now send commands to operate the home appliances when the call is received by the mobile phone connected to the system. The system does this by demonstrating AC loads using LEDs and powering the system with a 12V transformer.

5. Conversion of CD Player from Audio to Video:

This card can be used in any CD player that is currently available on the market. This card is responsible for deconstructing data from a CD player and properly converting it to video signals before sending it to the TV.

The project is an authentication system that uses RFID technology to approve the passport bearer.

An RFID tag would be worn by the passport bearer, which would include all of the passport’s information, such as name, number, and nationality. This tag must be swiped over the scanner, and the information obtained is sent to an 8051 microcontroller.

Our research intends to develop a secure authentication system based on RFID tags that allow only those with authorized RFID tags to get access to restricted areas.

The preservation of both physical and intellectual property is critical. Only authorized persons with correct tags should be permitted to enter the premises due to this problem.

The tag has an integrated circuit that stores, processes, modulates, and demodulates the RF signals that are being transmitted. As soon as a person places the RFID tag/card in front of the reader, the card is scanned and the data on the card is compared to that of registered users.

This system can be improved in the future by including GSM technology. As soon as a Rfid tag is scanned, an SMS message can be sent to the relevant person or authority.

8. The Design and Construction of a low-cost Propeller Led Display:

This display is made up of only seven bright LEDs that spin to show the display. A simple 20-pin microcontroller, a position encoder, and LEDs are all that are required to complete this project.

This display will be able to show the messages, which will necessitate using 525 LEDs. As a result, hardware and cost minimization have been achieved.

A bi-color LED is a type of LED that comprises two diodes inside a package that are connected oppositely.

The Bipolar LED, on the other hand, is a sort of bicolor LED having two terminals. The device works when one of the terminals receives a positive signal.

The green light will flash as a result of this. The red LED is in the same boat. If both terminals receive negative signals, neither diode will conduct, and the gadget will remain turned off. If a positive signal is applied to both terminals, a different color will flash depending on the combination of LED colors.

Our project is meant to switch industrial loads using an Android app and a user-programmed logic control device. The system was created with repetitive nature work in mind.

Any android-based device (phone/tablet) operating on an android OS can be used to perform this remote controlling operation. Using programmable electronics to achieve sequential load switching is a relatively expensive procedure.

Using 8051 microcontrollers, we suggest a simple and cost-effective solution to the problem. An android application is used to control the system.

Check out our list of the best 8051 microcontroller project ideas for engineering students. 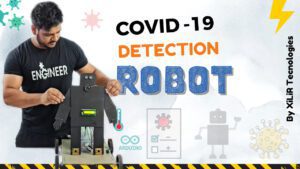 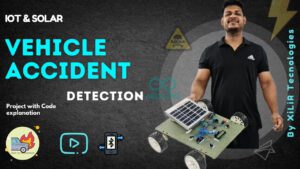 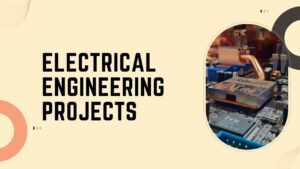 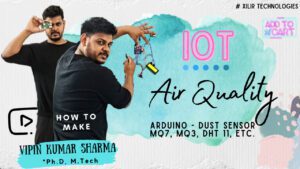 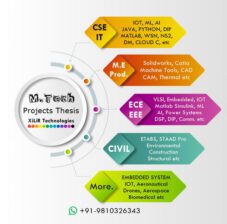 Copyright 2022 © By Listyaan.com All Rights Reserved.